Small article in the French newspaper La Provence presenting the activist side of the PPC, and the International Brass Band contest of Marseille in 2017.
(La Provence, 03/12/16) 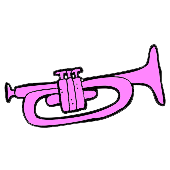 Prophetic appearence in this reportage of the french TV Channel France 3 (04/09/2016) about the 2016 Brass Band World Contest organized in Lyon, France, by the Krapos !

A few hours later, we won the contest and became the Brass Band's World Champions !

Video from the Citypost website for the release of our first album, âMoFosâ